The LA Times seems to be the only paper willing to report on and question the latest Republican attempt to start a culture war. 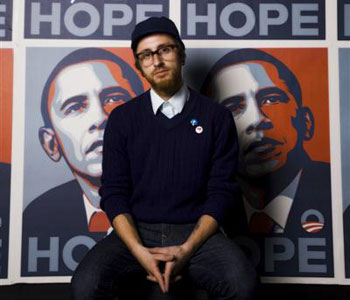 On September 25, Christopher Knight in this post, pointed out how trivial and lame this attempt by Republicans happens to be by pointing out the role Senator Cornyn played during the 2006 firing of David Iglesias, former U.S. Attorney for New Mexico.

I agree wholeheartedly with Knight that Cornyn is a hypocrit and that firing U.S. Attorney’s for partisan reasons is deplorable and reprehensible. But, I have a problem with what Sergant did at the NEA and the assumption he made that everyone on that August conference call was a supporter of the president. Not all creative people are democrats, left-leaning or liberal. Shock and awe for some of you I realize.

In case you don’t know what I’m talking about on August 10, Michael Skolnik (political director for hip hop mogul Russell Simmons) brought together a bunch of artists, media, arts organizations and the NEA (National Endowment for the Arts) and the Corporation for National and Community Service, another federal agency for a call to see how artists and creatives could get involved in volunteering. The conversation was recorded and written about by conservative blogger and supposed filmmaker Patrick Courreilache here. And yes, Courreilache even talked about this to conservative wack job Glenn Beck who launched a campaign against Sergant and the NEA.

On September 22, the NEA released a statement concerning the conference call “to introduce members of the arts community to United We Serve and provide them with information on how the Corporation for National and Community Service can assist groups interested in sponsoring service projects or having their members volunteer on other projects.”

Basically, yes, that was the case. But Yosi Sergant, supposedly without the approval of acting NEA Chairwoman Patrice Walker Powell, said a little too much in his enthusiasm.

Here are some snippets of what Sergant said on the tape:

Sen. Mike Enzi of Wyoming wrote a letter suggesting the call  “may have violated the Hatch Act, appropriations restrictions on spending funds for such purposes and/or are in direct contradiction with the NEAs mission under its authorizing statute.”

Yes, Sen. Enzi, we know you’d love nothing more than to rescind the authorizing statute for the NEA and reduce all funding. But according to Melanie Sloan, executive director of  Citizens for Responsibiility and Ethics in Washington (CREW), the call was “disturbing,” but not illegal.

“Government agencies are not supposed to be engaged in political activities,” Sloan said. “Here, because they didn’t veer off into ‘This is about the election,’ where you’d get into violations of the Hatch Act, it’s not illegal. But it doesn’t look good — it looks terrible. It’s inappropriate.”

Recording the phone call, however, may have been illegal, particularly in California where Courreilache is based and from where many participants joined the call. Huffpo blogger Lisa Derrick writes here.

So, Courreilache may have violated the law and broke a story about the NEA recommending and suggesting the use of art as propaganda for the president’s initiatives. The NEA has managed to give the right wing more fuel for another culture war. And really, the entire call was completely unnecessary.

Many artists, musicians, writers, actors are supporters of the president. Many more are non-partisan activists utilizing their creativity to shine a light on what they deem is wrong, unjust, unethical, or immoral. We don’t need the NEA to tell us how to get involved or act. Nobody told Shepherd Fairey what to do when he created his HOPE poster and nobody told Yosi Sergant what to do when he came up with the idea for the Manifest Hope galleries displayed during the DNC in Denver and the inauguration in DC.

Artists will take up the issues on their own–healthcare, green energy, sustainability, the role of women, poverty. Why did Sergant even think this was a good idea?

That said, the conservatives are going on and on about this when we have tax dollars being sent to religious organizations and churches telling people how to vote, which is a huge ethical dilemma. The right may feel the need to tell their followers sitting in a church pew what to do and for whom to vote, but  the thing about most creatives is that they are not followers, they don’t fit into molds, they are non-conformists, they are free-spirits. They are going to do their own thing. Churchgoers may need politicians and their pastors, tithed to by PACs to tell them what to think, but artist’s don’t. We can figure it out.

And perhaps at the NEA, just like everywhere, more training is needed for employees to understand what’s right, what’s wrong and what’s deemed questionable. Sergant lost his job for doing something he believed in, it wasn’t illegal, but it gave the appearance of impropriety. Courreilache on the other hand may have violated wiretapping laws. He should be charged. His excuse that other media were on the line and probably taping is weak. One doesn’t tape without the verbal permission of the other parties. Nixon learned that lesson long ago.

The NEA was wrong. Yosi Sergant was fired. They’ve learned their lesson and Landesman said more training is coming. But the Republicans are making a big to do about nothing. The truth lies somewhere in between the extremes.